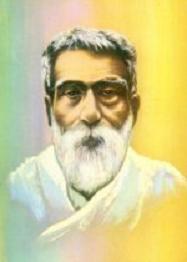 Acharya Prafulla Chandra Ray  (2 August 1861 – 16 June 1944) was a Indian academician, a chemist and entrepreneur of Bengali origin. He was the founder of Bengal Chemicals & Pharmaceuticals, India's first pharmaceutical company. He is the author of A History of Hindu Chemistry from the Earliest Times to the Middle of Sixteenth Century (1902) He remained a bachelor throughout his life who took active participation in politics. His family, in particular, his father Harish Chandra Ray, was strongly associated with Brahmo Samaj. Prafulla Chandra developed direct connections with the Samaj as he grew up; he used to attend Sunday evening sermons of Keshub Chandra Sen and was deeply influenced by Sen's Sulabha Samachar.
Ray was born in Raruli-Katipara, a village in the Khulna District of present day Bangladesh. His father Harish Chandra Ray was a land proprietor. Up to the age of nine, Prafulla Chandra studied in a school in his village. In 1870 his family migrated to Calcutta and Ray and his elder brother were admitted to Hare School. in 1874, while Ray was in the fourth standard, he suffered from a severe attack of dysentery, which hampered his health throughout his life. Due to the severity of the attack, Ray had to postpone his studies for couple of years and return to his ancestral home in the village. However Ray himself considered this disruption in his studies as a blessing in disguise as it allowed him to read much more widely than what would have been possible within the constraints of school curricula. Amongst others, he read Lethbridge's 'Selections from Modern English Literature' and Goldsmith's Vicar of Wakefield. After recovering from his illness Ray returned to Calcutta and took admission in Albert School.
In 1879 he passed the Entrance Examination and took admission into the Metropolitan Institution (later Vidyasagar College) which was established by Pandit Ishwar Chandra Vidyasagar. At that time the Metropolitan Institution had no science classes or laboratories and Ray attended lectures on Physics and Chemistry in the Presidency College as an external student. Here he was specially attracted by the chemistry courses of professor Alexander Pedler. While studying for his BA examination, he applied for and was awarded in 1882 one of the two Gilchrist Prize Scholarships after an all-India competitive examination. Without completing the course for his degree, Prafulla Chandra proceeded to Britain and enrolled in the BSc programme of Edinburgh University where he studied Physics, Chemistry and Biology amongst other subjects. But Ray did not confine his studies to only natural sciences. He also developed a strong interest in history and read books like Russel's 'L'Inde des Rajas', Lanoye's 'L'Inde contemporaine', 'Revenue dex deux moneds'. He also read Fosset's book on political economy and 'Essays on Indian Finance'. After obtaining his BSc degree from Edinburgh University, Ray embarked on his doctoral thesis (DSc) in the same university and completed his doctorate in 1887. He was awarded the Hope Prize which allowed him to work on his research for a further period of one year after completion of his doctorate. His topic of research was- Conjugatedof Group- A Study and Molecular Combinations. While a student he was elected Vice-President of Edinburgh University Chemical Society in 1888. 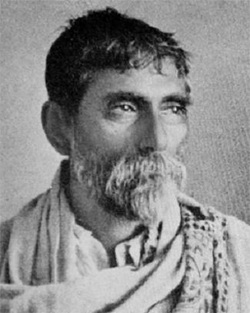 Prafulla Chandra returned to India in the first week of August of 1888 and subsequently joined Presidency College, Calcutta as temporary Assistant Professor of Chemistry in 1889. Ray who had a doctorate in science from Edinburgh University felt deeply aggrieved when even with his excellent educational credentials he was not able to secure a position within the Imperial service (his academic position was within the 'provincial service') and attributed this to the discriminatory attitude of the ruling government towards native intelligentsia. He complained to the top officials of the government but with no effect.

In 1896, he published a paper on preparation of a new stable chemical compound: Mercurous nitrite. This work made way for a large number of investigative papers on nitrites and hyponitrites of different metals, and on nitrites of ammonia and organic amines. He started a new Indian School of Chemistry in 1924.

Prafulla Chandra retired from the Presidency College in 1916, and joined the Calcutta University College of Science (now known as Rajabazar Science College) as its first Palit Professor of Chemistry, a chair named after Tarak Nath Palit. Here also he got a dedicated team and he started working on compounds of gold, platinum, iridium etc. with mercaptyl radicals and organic sulphides. A number of papers were published on this work in the Journal of the Indian Chemical Society.

In 1936, at the age of 75, he retired from active service and became Professor Emeritus. Long before that, on the completion of his 60th year in 1921, he made a free gift of his entire salary to the Calcutta University from that date onward, to be spent for the furtherance of chemical research, and the development of the Department of Chemistry in the University College of Science.